Tagging along on a linguistic survey of Angolan Bushmen

Danny, Robert, and our two interns (Dakota Ellis and Caleb McCaughan) had an incredible opportunity this year to tag along on a linguistic survey to the iconic San (Bushmen) people. If you’ve seen the movie The Gods Must be Crazy, you know what an amazing people these are. If not, the San people are some of the original inhabitants of southern Africa. They are traditionally hunter-gatherers and are a small, brown-skinned people. The most fascinating thing about them though is their language. They talk with a wide range of clicks and popping noises that, to our Western ears, hardly sounds like a language.

Linda Jordan, a friend of ours and contact from our time in Portugal, is a linguistic surveyor working with Wycliffe Bible Translators. Her current job is to survey the people groups in Angola to assess the translation needs. In June, she headed to southeast Angola to survey the San (Bushmen) communities that live there.

The guys joined Linda on her survey of two villages, which consisted of creating a map of neighboring villages that speak !Xung (the San dialect), translating and recording a list of 100 !Xung words, and checking listening comprehension on a recording of the Parable of the Lost Son that was made in Namibia.

Linda gained a good understanding of the San communities in Angola. Praise God that most of them can use the translation and materials being done in Namibia! Dakota was able to video parts of the survey, and Caleb, even with his few weeks of Portuguese learning, was able to read the Portuguese words and record for the translation record. What an amazing opportunity! 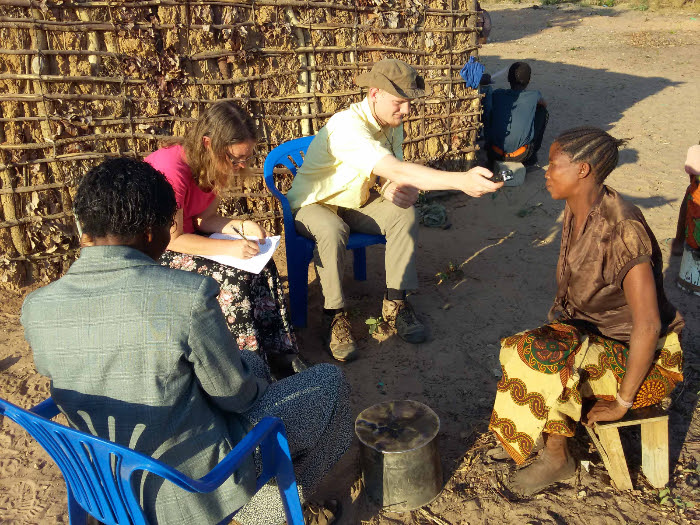