Learning with the Women of São Luís

I (Katie) have been so blessed this year by the women’s study at the São Luís church. The past few months, we have been studying the women of the Bible, with Teague, Jordan, and me taking turns leading the study. It has been quite a learning curve for us figuring out how to teach well this diverse group of women – some are illiterate, some don’t speak Portuguese, most have never heard the stories before. We’ve learned how to tell (not read) the stories simply, but accurately, with Adelaide (preacher’s wife) translating into Umbundu. We’ve attempted to distill each story to a simple lesson that the ladies can grasp, while still giving the context so that we can weave together an overarching picture of God and his plan. Our theme has been choice – that we all face choices, some big, some small – to obey God or not, to trust in Him or not.

It has been particularly humbling for me as I see these stories that I have heard since infancy heard for the first time by these women. A few weeks ago I recounted the story of Jochebed, the woman who courageously defied Pharaoh’s order to save her infant son, but in the end, whose only hope was to trust in God. The emotions playing over Amelia’s face as she listened captured it all – the horror, the affirmation, the desperation, and the stunned surprise – the basket seems like a completely hopeless endeavor. For those of us who know the end it seems like an intelligent, obvious course of action, but the reality of the story is that it was pure desperation – a grasping trust in God. And God rewarded her courage and trust.

This week I told the story of Deborah and Jael. For Angolans, this story hits close to home. They, like the Israelites, know what it’s like to be oppressed by war, hunger, and loss of freedom. They even know how the death of one man can mean freedom to an entire people. They have lived this story. How much I have to learn from these women!

The group of women that gathers to study each week is varied – a preacher’s wife from the city, missionaries from America, an old widow whose only family is the church, young mothers, grandmothers, a woman who has just been diagnosed with HIV. Yet we all have something to learn from each other, a story to share, and a faith in God that sustains us. 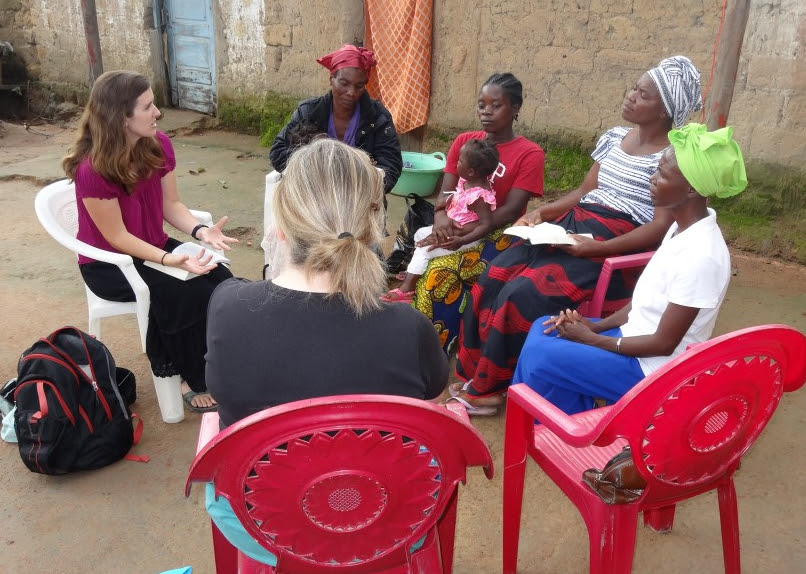