Learning to be “People of the Book” in Cazombo

In August, I (Danny) undertook the three-day, cross-country trip to teach a Bible conference in the remote eastern area of Cazombo. I took Mias, a young man from Huambo with me, and visited and encouraged several churches along the way.

The four-day conference included nine preaching sessions and four Project Timothy (leadership training) small group teaching sessions.  The theme throughout was how to be “People of the Book.”  I included a storied survey of Old and New Testaments as well as practical teachings on how the Bible can shape our individual lives, our families, our churches, and our evangelism.  The Project Timothy group – including members from three congregations and one proposed church plant – practiced leading a small group in study of the same biblical material.  Overall, the reception of the Word was excellent; many spoke of their excitement at hearing the basics of Scripture explained simply and practically.  At the end of the conference, the churches issued a letter officially asking for the teachings to be written as a booklet, so that they can review, reflect on, and reteach the same material.  I agreed to produce such a booklet if God so allows.

A major blessing on this trip was being able to distribute 53 Bibles donated by American Christians through our Bibles for Angolans project.  Many Christians in the region still do not have Bibles.  By placing Scripture in their hands, we made practical the teachings that they had received concerning the importance of Scripture.  In total, Bible donations from five American congregations were delivered to eight Angolan congregations during these travels.

The São Luís church here in Huambo is now also benefiting from this teaching, as Mias, after taking notes during the conference and further study with me, is now currently teaching the same material at São Luís.

If the Lord allows, we plan to return to Cazombo three more times to complete the remaining modules of Project Timothy.  The Luena churches of the same area are strongly requesting our teaching there as well.  May God give us strength to teach His word to those who yearn for it! 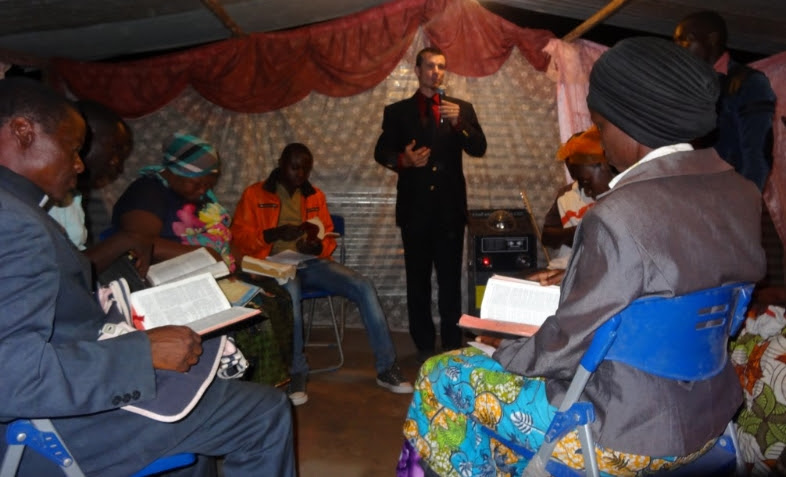 Posted in Danny, News | Comments Off on Learning to be “People of the Book” in Cazombo